This is quite a late post, but I recently completed another game jam. I had a great time working with a good friend and making….Pyramid Scheme! You can download it from the Ludum Dare page, and watch a playthrough here:

We really felt like making something experimental and narrative-driven, and this was the result. You play a man who is forced to dig his own grave for unknown reasons, and while digging finds a mysterious black pyramid. He somehow convinces his would be murderers to instead dig their own graves, and attributes his new-found persuasive powers to this ancient black pyramid. Realizing he must be one persuasive guy, he decides he needs to use this power and becomes….a life coach!

We wanted to imitate as much as possible the feeling of being in front of an audience and trying to think of the right thing to say. Sometimes when I have something I want to say in my head, it may be about 75% right. And sometimes I’m just searching for the right word, but you’re in front of a group of people, and you have to say SOMEthing, right? 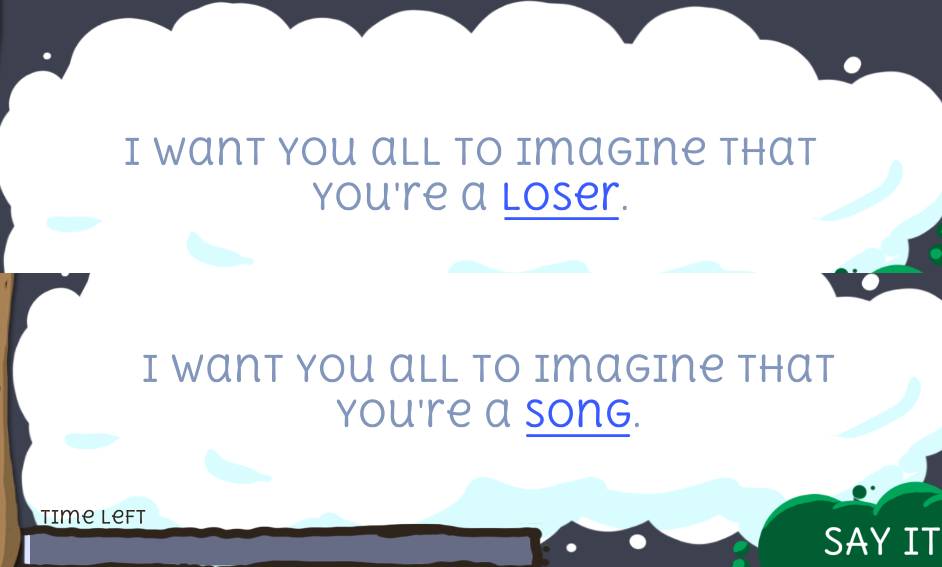 We also avoided the idea of dialog trees. I don’t have a lot of space for poetic dialog in my head, so the idea that I could mull over multiple options and pick the right one seemed unrealistic. Instead you could ‘stumble’ and say ‘uhhhh’ and think of a new thing to say. 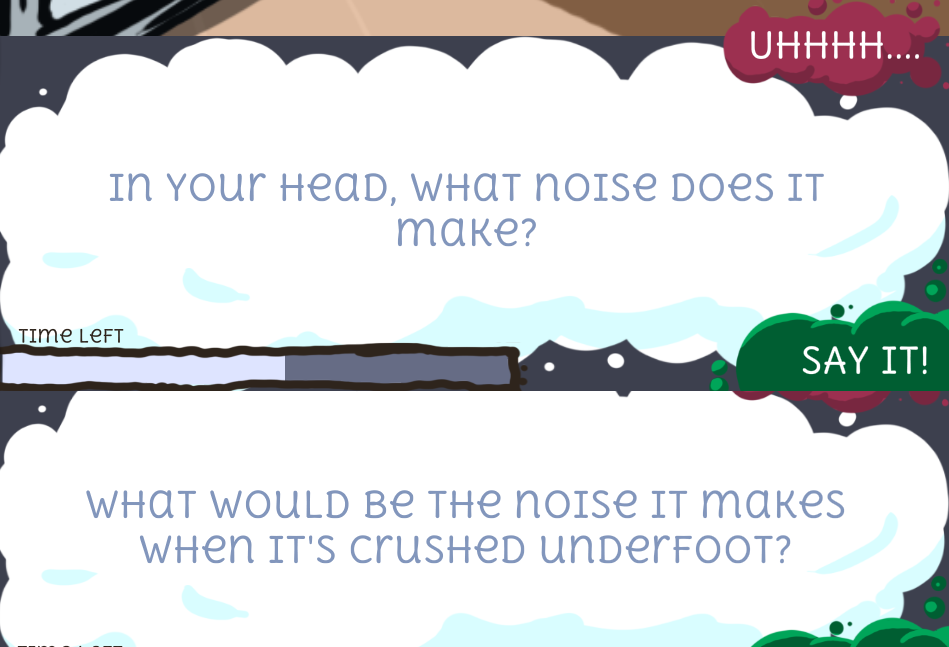 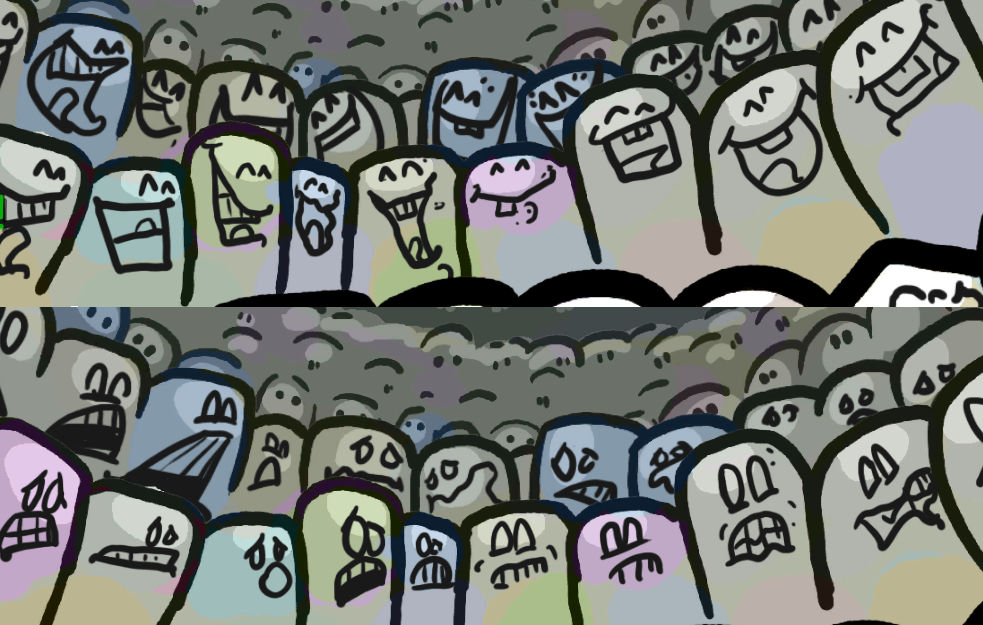 If you say something VERY wrong, you go into ‘oh shit mode’ (yes this is what it is called, even in the code!) and you have to ‘save’ by saying something that negates what you just said. This means re-arranging a jumble of words to be the correct phrase. This required us to come up with a couple novel technical solutions but Drew did a GREAT job of implementing it. If you get the order right in time, you can turn your blunder around, and possibly even get a bonus!

Since it is a gamejam game, there are a number of under-implemented, un-implemented features that didn’t make it to the final game. We spent a good amount of time writing the actual content for the game and implementing it. The ‘notes’ on the podium were supposed to give hints to the player about the right thing to say. For example: there is an acronym ‘Goal, Reality, Options and Will’ which I wanted to have on the notes, and you’d get the wrong words in your head, and you’d have to look at the notes in order to figure out the right thing to say. The pages of notes would turn while you spoke, requiring you to keep looking at them and figuring out if there was a clue you needed to incorporate.

We also wanted the pyramid to speak to you while you were giving the speech, potentially goading you into a specific direction, not necessarily benevolent. We wanted it mysterious whether the pyramid was actually controlling you, what its intentions were. Perhaps it doesn’t even exist? Alas, this side conversation never really manifested. The system to allow this to happen came in towards the end, and has a few token lines.

And per usual (shameless self plug) my Project Search & Replace (demo version here) plugin for Unity was very helpful. We had a couple issues that were easily resolved with the plugin such as:

It is quite nice when you’re under pressure to easily fix this stuff instead of wasting time searching manually.

Looking Back & Next Steps

There are a lot of narrative directions and ideas left unexplored with our prototype. Overall I feel we underestimated the amount of time required to test gameplay and tweak and implement some features (like the notes and pyramid). We spent a lot of time making content on the second day. I think we proooobably should have made a 5th of the content we did and started playing it earlier. Then we could’ve added the additional features to round the game out a bit more.

Overall, I’m quite happy with the direction the game went, and the amount of quality work we were able to do in such a short timeframe. I have spent a bit of time working on another script concept, to take it in a different direction. Non-linear storytelling is definitely quite different and more challenging than I initially expected it to be. But I think with more practice and writing the game has a lot of potential beyond this initial direction.